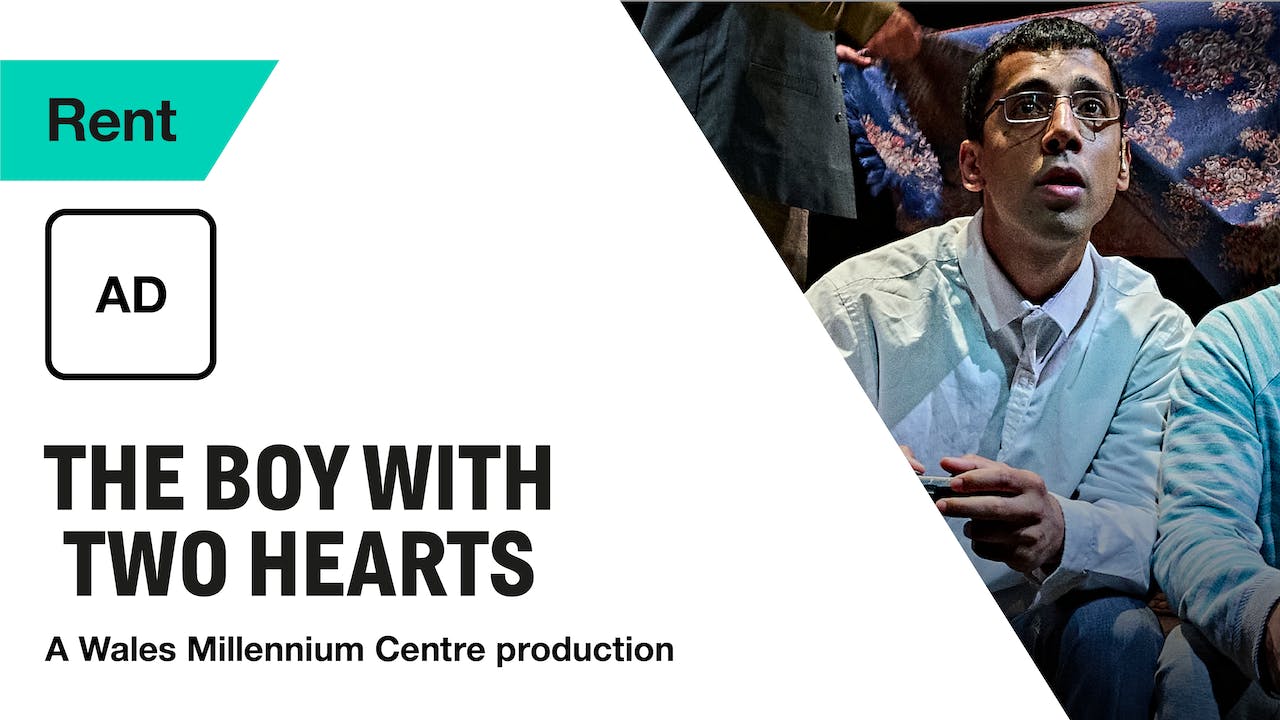 This is the audio described version of The Boy with Two Hearts.

When a young mother speaks out against the Taliban, she and her husband are forced to flee their home and country with their three sons. Embarking on a long and terrifying journey across Russia and through Europe, they seek final refuge in the UK.

But, as their eldest son’s life-threatening heart condition worsens and requires urgent surgery, their escape soon becomes a race against time.

Amit Sharma directs this widely acclaimed stage version of The Boy with Two Hearts. Based on extraordinary real-life experiences, it is a powerful story of hope, courage, and humanity – and a heartfelt tribute to the NHS.