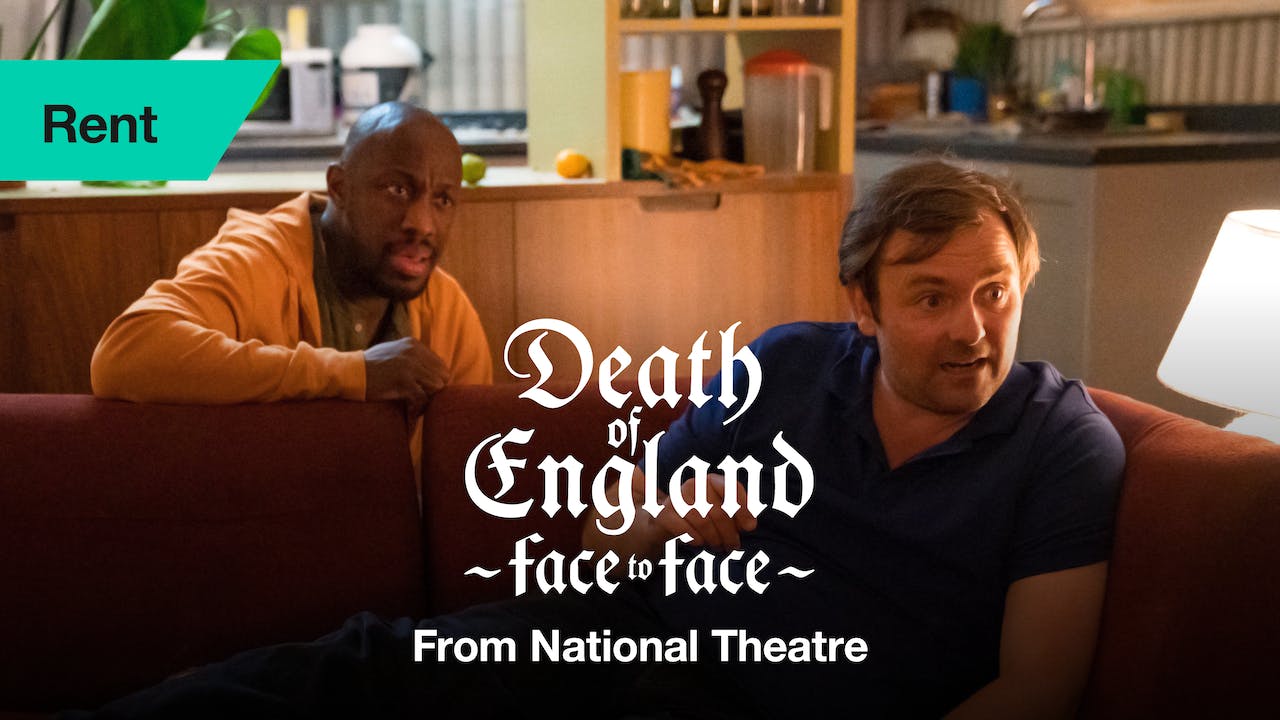 Death of England: Face to Face

January 2021. Britain is locked down, divided and facing some difficult truths. Old friends Michael and Delroy are dealing with issues much closer to home. Tensions are running high.

During an explosive afternoon in Delroy’s East London flat, the pair are forced to confront their relationship with their country and with each other.

Neil Maskell and Giles Terera play Michael and Delroy in this powerful and timely new film from the National Theatre. The BAFTA and Royal Television Society award-nominated film is written by Clint Dyer and Roy Williams and directed by Clint Dyer.

A production from National Theatre. In association with Sabel Productions and Cuba Pictures.