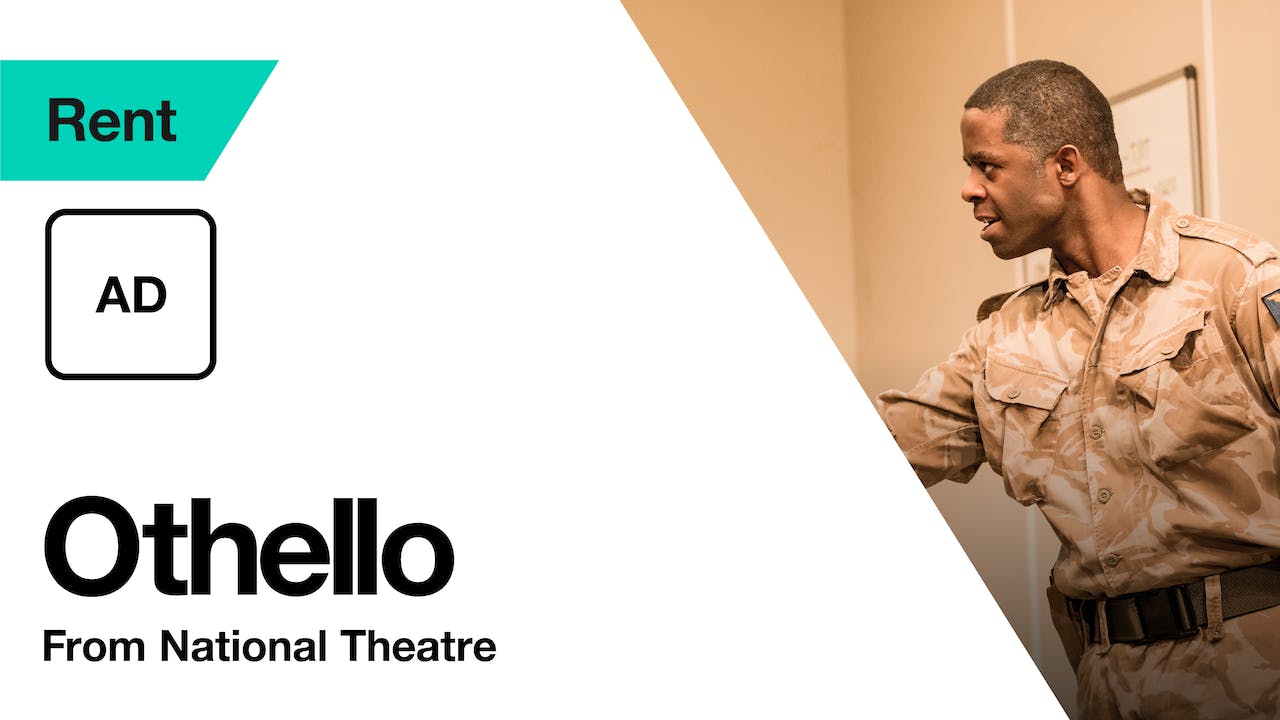 This is the Audio Described version of Othello.

Furious about being overlooked for promotion, Iago plots to take revenge against his General, Othello.

In this acclaimed production of Shakespeare’s timeless tale of envy and brutal revenge, Adrian Lester plays Othello and Rory Kinnear is the duplicitous Iago